ETS White Paper: Does Korea Have the Language Capabilities to be Future Ready?

Survey results further show being proficient in English opens areas for self-improvement, both academically and professionally, while also elevating Korea’s national image. Eight in 10 who took an English-proficiency test such as TOEFL iBT® agree it helped them stand out confidently in English while studying abroad. Additionally, the report indicated that a majority of English-speaking Koreans counted their English skills as a factor in landing their current job. The number of those who agree are significantly higher than those who self-claimed to be proficient in English and among those who took the TOEFL iBT test. 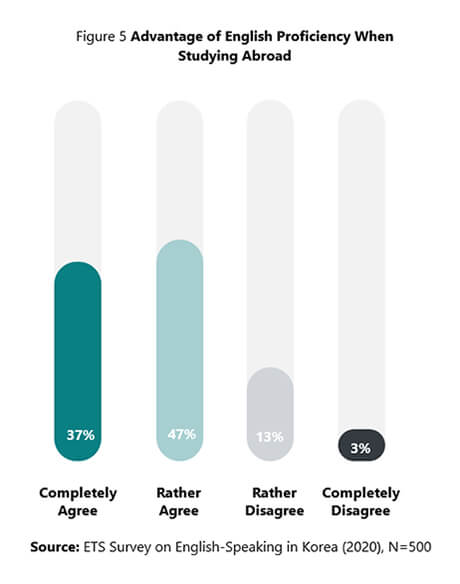 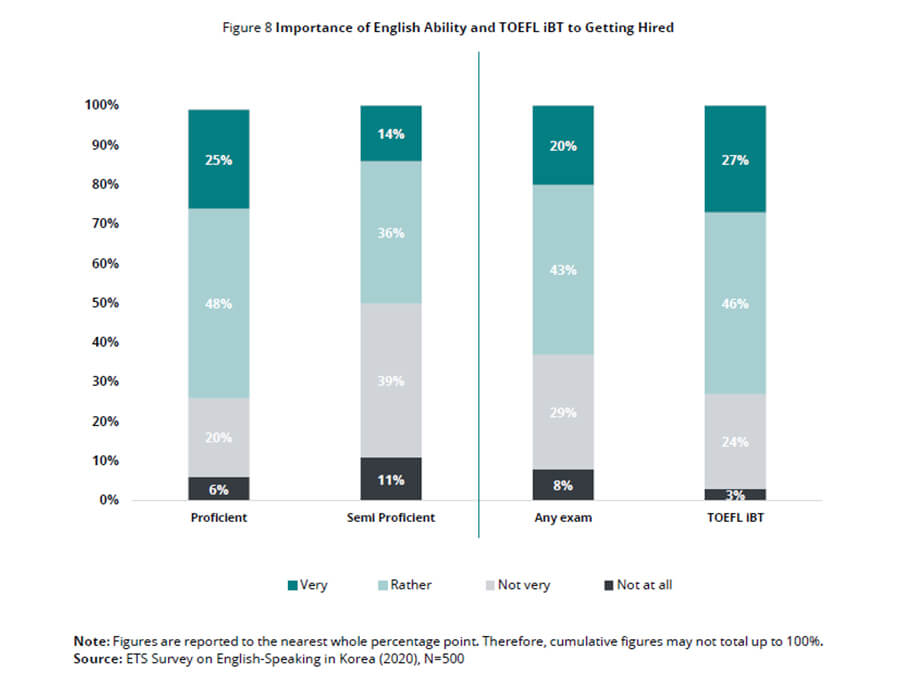 “Educating Koreans to truly communicate in English and enabling them to participate in the global economy is key to improve Korea’s national image,” said Haedong Kim, a professor at the Graduate School of Education, Hankuk University of Foreign Studies. Ultimately, the ability to have better English proficiency to elevate Korea’s image on the international scene is specifically important as Korea points rearward of its neighboring countries in “soft power” rankings. The sentiment that the Korean image can improve in result of English proficiency is also confirmed by 85% of those who took this survey.

As the world becomes more globalized, English will become the bridge that connects us all and the basis for the Korean workforce will remain competitive and engaged in the future world economy.